I feel the need to post about the joy of motherhood. It is so rewarding, yet so frustrating at times. I know at some point these kids are going to realize they aren’t know-it-all’s, but until then, I guess we’re just going to argue about it. Constantly. At what point do you decide that continuing to argue is doing absolutely no good?

I feel as if I am failing at teaching a lesson if I allow them to believe whatever asinine thing started the discussion. But they’re so hard-headed. And it needs to be pointed out that when you have a chronic illness you are already dealing with so much of your own crap, that your tolerance level for these aspects of life is significantly low.

Men, namely my husband, will tell you, “I wouldn’t put up with that crap.” I have a different way of viewing these things. Yes, I don’t think that it’s right for the kids to talk back, and the tone in which they use is a pre-cursor to how the situation is going to unfold. But we want to raise kids to be leaders and think for themselves. Sometimes this means allowing their opinion to be heard, but it doesn’t make it okay for them to treat you like a registered dummy.

When I was growing up there would be no questions. I would be backhanded for this type of backtalk. Not all of it, but most of it. In this day and age, people don’t do that for fear of getting in trouble. I don’t share in that fear, but I do fear it because I’m not built like most humans. If I were to backhand one of mine, that hand would hurt for days if not weeks. With this disease, I bruise easily. I hurt more with a whole lot less effort. I also don’t move near as fast as I used to be able to.

My youngest has figured this out. The oldest has figured out that I’m almost certainly not going to inflict spankings or anything resembling one on him. They’ve figured it out, but are they taking advantage of it? 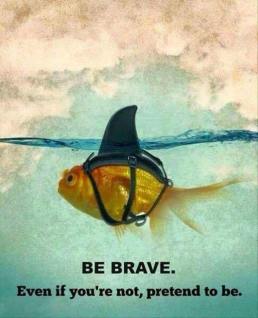 It really does hurt my feelings. I can’t say that to them because I try to hold the majority of my pain and suffering inside and out of their sight. When you have very little energy and are fatigued every minute of the day, you oversleep for everything, you have to skip cooking dinner multiple times a week, you start to lose the respect of your family. It’s not fair. And there seems to be no way to combat it without explaining what you’re going through. Likewise, there seems to be no way of explaining without sounding like a cry baby or an excuse maker. It’s a battle that isn’t capable of being won, it seems.

I know all parents struggle with whether they’re doing the right thing in certain aspects of their parenting journey. I am not trying to insinuate that I’m the only person struggling with this because I am also sick. I think this post is more of a rant. A rant to let everyone know that we are all struggling with this parenting thing. I just have an added aspect to mine.

Here is a video that I found to completely compliment this post.  Enjoy!

One other site which I have found particularly helpful is The Chronically Awesome. Take a look at what they have to offer as well. This article explains the spoon theory which I may mention from time to time. It also explains some of the things I attempt to explain in my blog but in a much easier to read format. This article was written by Author: Tea Lynn Moore and she hits the nail on the head.
So does 8 Things Spoonies are Totally Over.Give them all a good read.